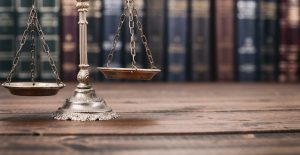 Arbitration in sexual harassment cases favors business by keeping companies out of court and the public eye. Instead of a judge and jury, an arbitrator is in the driver’s seat who typically awards smaller sums to victims. Because the process is confidential, even if harassers are shown the door, they can easily move to other jobs without a heads up to future victims, and are sometimes richly compensated when they leave.

Although the use of arbitration clauses in employee contracts has soared over the last decade, tech companies in Silicon Valley are signaling a change. Facebook recently did an about face declaring publicly that it would no longer force employees to settle sexual harassment claims in private arbitration. Their decision follows on the heels of Google and ride share companies, Uber and Lyft, who also eliminated forced arbitration in sexual harassment cases in the face of mounting criticism.

Although the tech industry is leading the charge, other industries may soon follow to avoid the type of blowback Google experienced when it was reported they paid beaucoup bucks to departing executives who were credibly accused of sexual harassment.  Press coverage, combined with awareness raised on social media including campaigns such as the #meetoo and #googlewalkout, have all put pressure on companies to take a second look at their arbitration policies when it comes to sexual harassment.