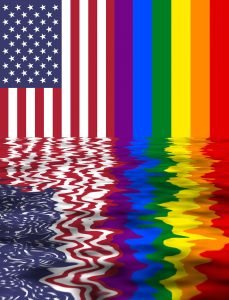 All Americans enjoy a basic set of rights in the workplace under federal law. Some states take it a step further, offering additional protections against sexual harassment and sex discrimination at the state level that the federal law does not cover.

Fortunately for Iowans, Iowa law has additional prohibitions against employment discrimination that do not exist under federal law. Most notable to the LGBT community is the fact that Iowa law makes it illegal to discriminate against employees on the basis of sexual orientation and gender identity. For more information: Iowa Civil Rights Commission on Sexual Orientation & Gender Identity.

Sexual orientation discrimination refers to workplace harassment or different treatment on the basis of someone’s seeming or being gay, lesbian, bisexual, or heterosexual while gender identity relates to a person’s perception of having a particular gender, which may or may not correspond to their birth sex, often referred to as transgender identity.

Unfortunately, studies across the nation reveal that many LGBT members experience discrimination in the workplace with some reporting being fired or denied employment, denied promotions or given poor performance evaluations, being sexually or verbally abused, having their workspaces vandalized, or receiving unequal pay benefits based on their sexual orientation or gender identity.

In Iowa, the law prohibits discriminatory actions against a person because of his or her actual or perceived sexual orientation or gender identity. An employer must not discriminate in recruitment and hiring; job assignments; pay; leave or benefits; promotion; discipline; referrals; training; lay-off and firing, or retaliate for a civil rights claim or reports of harassment. If an employer discriminates on the basis of sexual orientation or gender identity, they are violating state law.