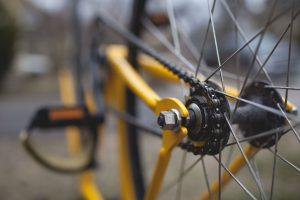 The city of Des Moines recently settled a lawsuit to the tune of 1.5 million paid to a bicyclist injured after hitting a newly erected, unmarked curb at MLK and 16th – an area where bicyclists regularly leave the bike path to cross the street.

The problems started back in 2017 when the city replaced the straight ramp bikers were accustomed to with an angled one – erecting a 6 inch curb where the path previously flowed. Unfortunately, there was no warning of the new route and, not long after, several accidents occurred at the site.

The recent settlement involved a bicyclist that injured his head, shoulder and ribs in 2017. While the city said the biker failed to “use due and reasonable care” among things that may or may have not prevented his accident, they eventually settled the case for over a million dollars. Another lawsuit involving yet another biker injured at the site is pending.

Fortunately, the intersection has been redesigned since the accidents – the straight path area bicyclists were accustomed to has been restored. The takeaway for everyone involved is that bicyclists are at particular risk when it comes to road hazards. Changes in roadway or path surfaces can be treacherous to someone riding a bike with thin tires and relative instability. Even the most careful and experienced riders are no match for unforeseen hazards.

Typically when a bicycle accident occurs on a roadway or a city bike path, the responsible party is the city or state or the public agency that maintains the surface. However, proving liability for injuries incurred in an accident largely depends on the type of hazards and whether the responsible party could have done something to prevent it, which might include design changes, regular repairs, or erecting warning signs to prevent an accident from happening in the first place.

If you or a family member has been injured in a bicycle accident due to a road or bike trail hazard, contact Des Moines personal injury lawyer Marc A. Humphrey for immediate assistance. Injuries sustained in a bicycle accident can sometimes be serious and have long lasting effects. Getting the compensation you need to cover medical bills, lost wages, or seeking damages for pain and suffering that result from an accident is your right. Attorney Humphrey accepts cases on a contingency fee, which means you pay nothing for his decades of personal injury experience to represent you until the case is tried or settled. Call Humphrey Law Firm at 515-331-3510 for your free consultation.