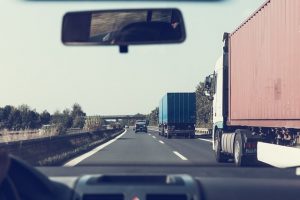 Last year, an accident along the highway near the Indiana-Illinois border took the lives of four including a young man stopped in traffic when he was struck from behind by the driver of a semi distracted by a tablet in one hand while driving with the other.

Unfortunately, fatal truck accidents such as this have increased three times the rate of deadly crashes overall. In 2016 alone, over 4,000 people lost their lives in collisions with semi-tractor trailers, a roughly a 30 percent increase in fatalities over 2009.

To put it into perspective, the number of crashes involving semi-tractor trailers is equivalent to a 737 airliner packed full of passengers crashing twice a month every year. Many would call that a national outrage, but when it comes to addressing large commercial truck accidents, little is being done.

The National Highway Safety Administration is being called upon to require automatic braking technology in trucks to prevent crashes, particularly rear end crashes which are often deadly.

While many cars will be equipped with collision avoidance technology by 2022, makers of heavy trucks are making no such promises even though it could save lives.

The trucking industry simply has not kept up with the pace of technological advancement which is bad news for all motorists as freight shipments climb.  Many believe requiring automatic braking systems in all vehicles is the first line of defense against tragic truck accidents on today’s crowded highways.

When a catastrophic fatal truck accident occurs, nothing can prepare you for the drastic changes that have taken place in your life, but pursuing financial recovery for the wrong you have suffered is an crucial step in taking care of your families’ future. When a family member has been injured or killed by negligence in a truck accident, contact the law offices of Marc A. Humphrey for immediate assistance at 515-331-3510.