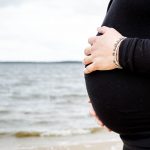 Many working women are victims of workplace discrimination due to pregnancy. In physically demanding jobs, pregnant women risk losing their jobs when they request less strenuous tasks or other accommodations. In the corporate world, professional women may be perceived as less committed, resulting in missed promotions, raises or bonuses, and desirable assignments.

While some women decide to stay home with the children in lieu of a career or have to because of the expense of childcare, those who want to do both are in for an uphill battle evidenced in the increasing number of pregnancy discrimination claims filed with the EEOC. While many companies ostensibly claim to celebrate and empower women, the tens of thousands of claims against high profile companies such as Walmart or AT&T tell a different story about pregnancy discrimination in the workplace.

The pregnancy discrimination story often starts out with praises of a woman’s contribution to the workplace as outstanding, hardworking, conscientious and determined. That is, until a woman announces she is expecting a baby and the accolades turn to derision.

One professional woman featured in a recent NYT article on the topic, said when she announced her first pregnancy, her supervisor said her six figure career would “definitely plateau”. Later he derided her in front of male colleagues saying he read that “pregnancy alters a woman’s brain”, presumably for the worse. After the birth of her children, it didn’t get much better. She was passed over for promotions and job openings despite consistent performance, at which point she retained a lawyer and started to punch back.

This so called motherhood penalty is not new. For those seeking employment, one study shows that managers are twice as likely to call an apparently childless woman for an interview when presented with equally qualified female candidates. And for those who decide to have children while employed? Well, many have to contend with managers who regard them as “less committed, less dependable, less authoritative and more irrational than other women” and all the discriminatory practices that go along with that train of thought.

In 1978, Congress passed the Pregnancy Discrimination Act which makes it illegal to treat pregnant women differently from other people similar in the ability of inability to work.  A good start, but it was not until a Supreme Court ruling in 2015 involving a pregnant UPS worker that received disparate treatment when compared to coworkers that the court made crystal clear that if employers accommodate large groups of other workers, they were in violation of the Pregnancy Discrimination Act if they do not extend similar accommodations to a pregnant woman.