Non compete agreements, once reserved for senior executives, are now spreading to blue collar employees across the nation. A University of Maryland survey reveals that approximately one in five employees was bound by a non compete in 2014.

A non compete, or restrictive covenant agreement as they are referred to in Iowa, seeks to stop an employee from taking a job with a competitor in a defined geographic area for a set period of time to protect a company’s interest. Unfortunately, many who sign them are unaware that they have signed away their right to work with a competitor, making it very difficult when they seek alternative employment. 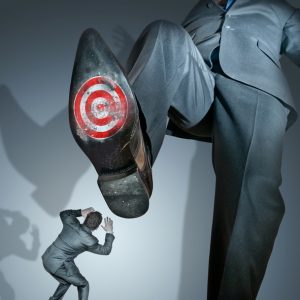 Non competes effectively give companies the power to dictate where and for who their employees can work in the future. Many employees are asked to sign non competes on their first day of work without really understanding what a non compete is.

Other times, employees are offered consideration such as a raise or promotion on the condition they sign a non compete, which can wreak havoc if they need to change employers in the future.

If a non compete agreement is too broadly written it may not hold up in court. It is possible that a poorly written agreement may be invalidated or perhaps, a ‘blue pencil revision’ will seek to make the agreement reasonable.

If you are in violation of a non-compete agreement, it is important to get experienced legal representation immediately. The Des Moines employment law offices of Marc Humphrey regularly assists employees with interpreting Iowa non-compete agreements prior to signing them and also defends against lawsuits alleging breach of non compete agreement or misappropriation of trade secrets.

If you have received a “cease and desist letter,” or have been served with a lawsuit seeking a Temporary Restraining Order, it is important that you act swiftly to protect your rights. Contact our Iowa non-compete violation lawyers by email or call our offices today at 515-331-3510.